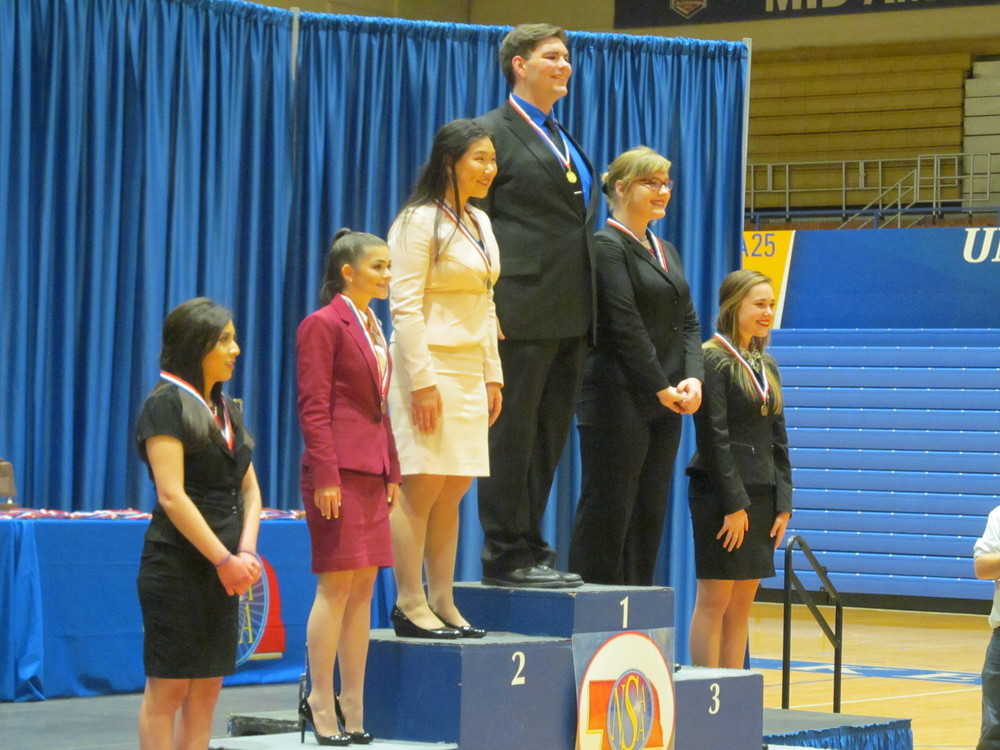 The 2018 Wisner-Pilger speech team season ended at the “C1” state championships Thursday, as Gator junior Veronica Peck earned two medals to wrap  the season.  Peck claimed fourth place in informative speaking and in interpretation of poetry as she led the Gators to a ninth place finish overall in class C1.

Peck became only the fifth ever Gator speech team performer to earn two medals in one state tournament and the first since Josh McClary in 2001.

“Veronica has competed among the best in the state all year, so it is great that she was properly recognized for her talents,” said Gregg Moeller, W-P speech coach along with Kasey Alexander and WSC student teacher Kristin Jindra.

In other state results, senior Brett Andersen concluded his Gator speech career with a tenth place finish  in entertainment speaking, while Grace Steinmeyer wrapped up her fist state tournament with a tenth place result in extemporaneous speaking.  Junior Becca Thompson ended her season on a positive note with an eleventh place finish in persuasive speaking.  I was very, very pleased with our overall results and efforts,” Moeller said.  “A top ten team finish in the state is a great way to conclude a season.”

With the state tournament’s conclusion, two seniors wrapped up their Gator careers—Brett Andersen and Ruby Mares.  “Brett had a fine year to conclude his career, and Ruby improved with every tournament in her first year out,” Moeller noted.  The state tournament results bode well for the 2019 season, as Peck, Steinmeyer and Thompson all return to a team that gained much experience and respect through the season.  “We started out having to replace half our varsity, with eight freshmen competing on our varsity team throughout the season, and we ended up conference champions and in the state’s top ten overall.  The team accomplished a lot, and the future is bright for the Gators.”