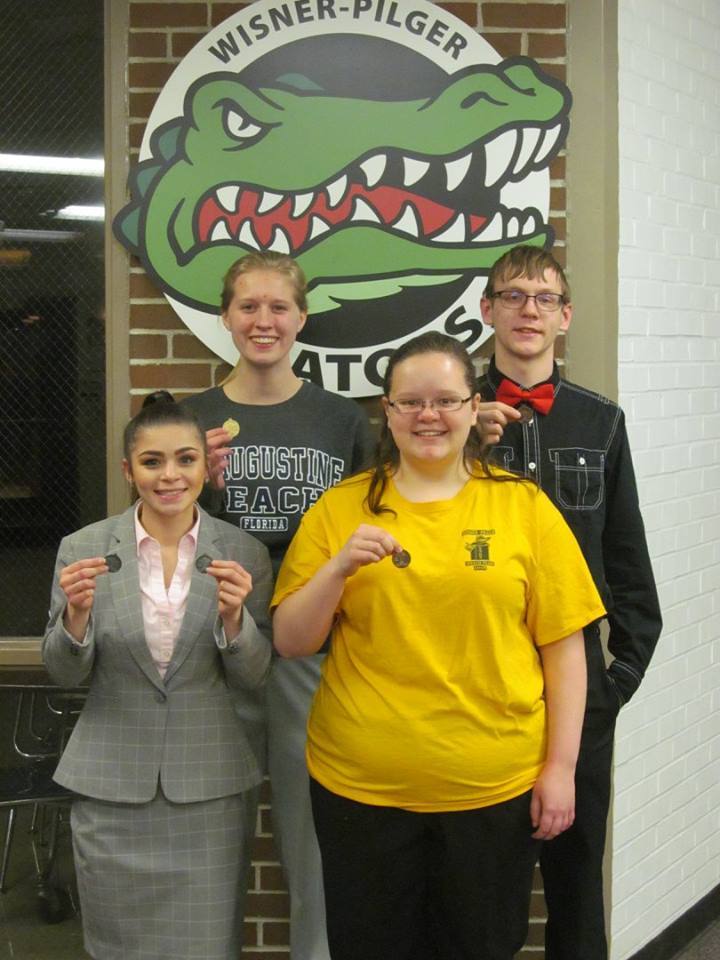 For Thompson and Steinmeyer, this will be their first trip to state, while this will be Peck's third straight year qualifying, and Andersen went to state two years ago.

As a team, the Gators finished third overall out of the nine schools competing.  The four Gator speakers will compete Thursday, March 22nd at the University of Nebraska-Kearney.